It seems to be (at least for me) that many things just run their course. Eventually they reach some kind of closure or logical stopping point. This seems to apply to many differnt types of things too, houses, tv shows, favourite foods, favourite coffee spots, pubs, friendships, software preferences, laptop preferences, jobs. The list goes on. 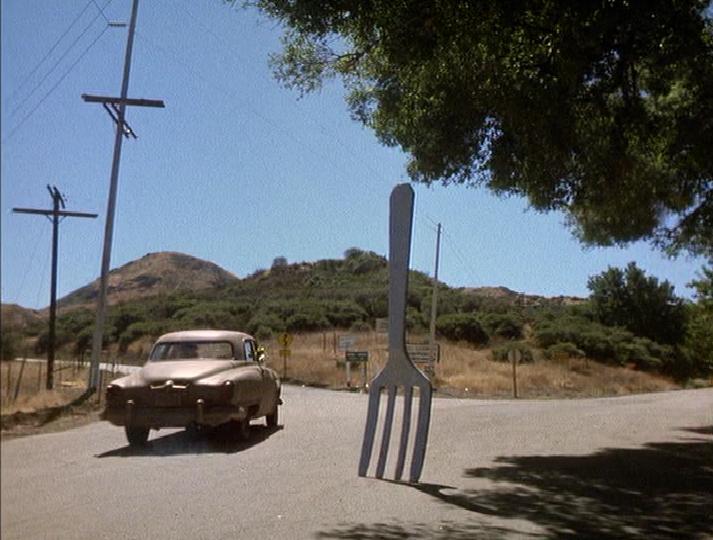 So in the post BHP world my mental health improved greatly. This reassured me that leaving was the right thing for me - it was required. And luck had it that I landed in a pretty reasonable gig with some old mates - and we had some good times and did some cool things. Sadly though it wasn’t really challenging - not in the technical puzzle problem solving sense, and only in the political shit fighting kind of way.

I pride myself on doing great work, and letting my work speak for itself. Many times you do need to draw attention to it because the reason I’m proud about something might not be obvious. Maybe it was a neat hack, or some self generating thing, or sometimes just an awesomely documented thing. Once you do a good job on something, I feel proud that it’s done, and you can move on without hesitation to the next task. (Sidebar: agile methods, story points etc.)

There are only two hard things in Computer Science: cache invalidation and naming things.

Unfortunately for Rio, this specialised skill area wasn’t truly leveraged to it’s potential. They just weren’t ready, which initially was a concern/risk, in time it proved to be a huge hinderance. But the failings went way deeper. The lack of skilled staff (or any staff) over a prolonged period has cost them dearly. Struggling to do the basics, yet aspirations of flying is only going to disappoint or frustrate. So much technical debt from years of neglect, with few people able to recognise it, let alone fix it. Endless re-orgs too; management must think:

What we have today isn’t working, so we must flip it on it’s head and try something new.

Only to cause pain, disruption to what was working, confusion to everyone, delays to adapt, new gaps in responsibilities, and no success criteria or metrics to measure against. Also the re-orgs are so frequent any broad success will not be achieved because change takes time. Once the next management shuffle happens, whoever did the re-org will have left with their bonus and a pat on the back, and the next person will come in, do another shuffle and round and round it goes.

Infrastructure technology in the resources world is broken, under appreciated and largely under funded (although huge waste occurs due to politics and re-orgs). It underpins critical business functions & processes and exists as a platform for enabling future benfits.

Yet it is a political play thing by the big wigs. Random vendor swaps, 100% TO THE CLOUD, what could go wrong. Insource, outsource, partnering (it’s not outsourcing, but we’re getting an external company to do everything), global, regional, product group. Do whatever the management consultants say - because we don’t know what we’re doing. Surely that should be a sign that the big wigs should be sacked for incompetence (or negligence, or fraud). But no, they cast broad strokes across the org, damaging peoples lives with no care for them at all. You were on a documented career plan - tough luck, sorry mate, you’re now doing this instead. Working towards a new role, org pivots, sorry that doesn’t exist anymore - tough luck. Something’s gotta snap.

If you can’t break this cycle of stupidity, at least make bank off it. Contract, demand crazy money and do amazing work. Enjoy it while it lasts, and be prepared for it to end. And what I’ve now realised is understand the transient nature of it. To avoid the mental health risks of the broken crazy orgs, get in, make bank and plan your exit before you break/burn out (or the inevitable re-org gets you). If they want to bring you onboard really it means they NEED to keep you around, but don’t want to keep paying you as much, and they’ll try and convince you with all the time bombed incentive handcuffs. Avoid those golden handcuffs completely - there is no company loyalty in these inhuman orgs. You are just as expendable as a contractor as an FTE.

I used to also think that only useless people got made redundant - they had to pay you to make you go away. I thought that until I saw some good people score the jackpot and get made redundant in yet another pointless re-org. I’m not that lucky, so I have to make my own luck. Great people departed frustrated.

Q: Goodbye, Jean-Luc. I’m gonna miss you. You had such potential. But then again, all good things must come to an end.

As such it’s time to cast off from this island home where I’ve been these past gulp {{ large_number }} years and try something different. Letting the worries just fall away is almost liberating. Freeing my mind for the next challenge.

So long, and thanks for all the fish.

Next week I start a new job, where I hope to learn a lot, work with some amazing and very smart people and get exposure to other types of business entirely. Stepping forward with an open mind is the only way, even if it feels like a blind step into the unknown - a leap of faith in many ways.

Another fork in the road

Disk life spans over a span of life